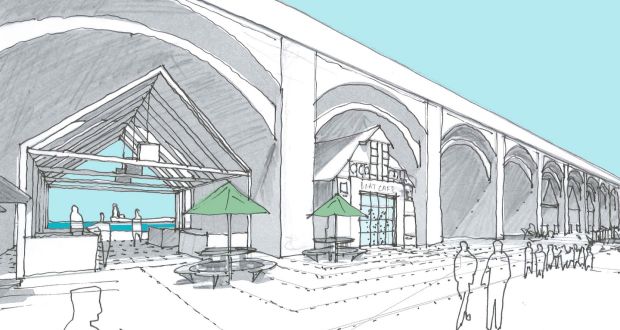 Balbriggan in Dublin is set for a €20 million rejuvenation plan that will include new amenities such as free wifi in the town centre, as well as a skate park and heritage trail, as the town looks to attract more visitors and boost the local economy.

A community group, chaired by Dublin City University president Prof Brian MacCraith, was established earlier this year to prepare a plan for the area. A draft proposal has been finalised and the group is now seeking input from locals.

“In a few years, the centre of the town will have been transformed into a restful and attractive place with public amenities flowing from the River Bracken and the Mill Pond Park through Quay St down to a completely re-imagined harbour,” Prof MacCraith said.

The free town centre wifi, skate park and heritage trail are due to be unveiled shortly. Other works will take place over the next three years with a €10 million capital fund allocated to support the strategy.

An additional capital sum of €10 million has also been allocated for the completion of the Balbriggan to Skerries Greenway, upgrades to cycle ways and connectivity in the town, as well as the development of Bremore Castle and Bremore Regional Amenity Park.

Fingal County Council chief executive Paul Reid said the funding being provided by the council represented a “real and sustained commitment” to the town.

“The total cost of all public realm activities is likely to exceed the amount available, so choices may have to be made, and which activity, the timescale and likely budget will be directly influenced by the results of the survey,” he said.

“The town will be transformed by many actions completed by Fingal County Council, public agencies and private businesses working in the town, community groups and citizens of the town over a period of years.

Balbriggan is the youngest town in the Republic with an average age of 30.8, compared with 37 years nationally.

Its population has grown by 194 per cent since 1991, compared with a national growth of 35 per cent and Fingal’s growth of 94 per cent.

More than a quarter of its population was born outside Ireland, which is significantly higher than the national figure of 13 per cent.