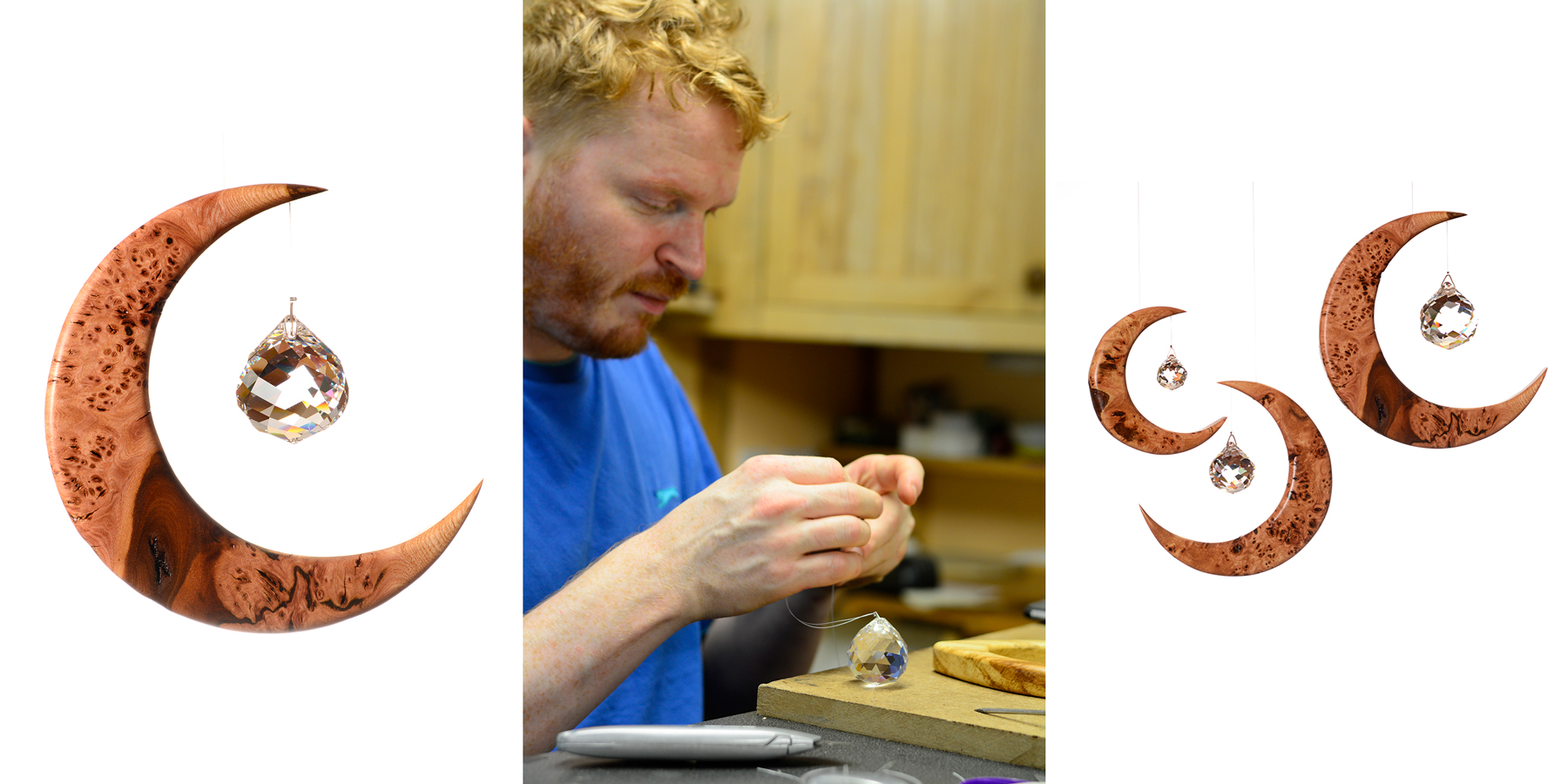 A former Leitrim builder will reveal how a chance idea brought rainbows into his home, when he appears at the National Crafts and Design Fair, which takes place in Dublin’s RDS from November 30 to December 4.

Record-breaking crowds of over 40,000 are expected to generate more than €1m per day in sales at over 600 stands at the biggest-ever five-day event.

Now Artwood’s hand-carved sun and mooncatchers, which use crystals to create a spectrum of colour, have attracted a huge fan base of all ages.

The suncatcher idea struck him when his wife came home after a fruitless search for the perfect crystal for their home.

“She came home with this mediocre thing and I thought we could really do something amazing with that,” he said.

“Traditionally they are very hippy dippy but our suncatchers appeal to all ages, right up to grandparents. They are real inter-generational items, which can be personalised.

“If you set them in the window to catch the light, they create a dazzling rainbow of coloured light on the dullest of days.

“For every product we sell directly, a tree is planted in your name and a picture and GPS co-ordinates of the tree will be sent to you.”

Ireland’s top craftspeople and designers from fashion to jewellery and beyond will be exhibiting their cutting-edge wares alongside the more traditional fare.

“This annual fair is vital to the industry as a whole and it is estimated that it generates enough business to keep most of the exhibitors busy for at least four months of the year,” said organiser Patrick O’Sullivan.

“Everything from artisan foods to fashion and jewellery are on display and because the goods are handmade, they have the added distinction of being unique.

“We’re also very proud of the fact that the Fair has grown and has added annually to the local economy, with footfall consistently growing by 10% per annum over the past five years.

With so much diversity under one roof, and prices starting from as little as €5, the Fair offers Ireland’s largest Christmas gift shopping experience.

There will also be a Spectacular Christmas Food Emporium which will feature over 120 artisan food producers, taste-tempting visitors with the best of the season’s fare.

In addition, there will be 10% off everything at the Fair on the opening day, Wednesday, November 30.

Full details and booking can be found at www.nationalcraftsfair.ie